Upon entering the Laguna Hills Community Center, there are 3 large murals that represent the 3 major paleo-environments. The Community Center murals illustrate the prehistory of the City of Laguna Hills changing landscapes. These are represented by a shallow tropical embayment, and open sea, and Ice Age grasslands. View the fossil murals photo gallery. 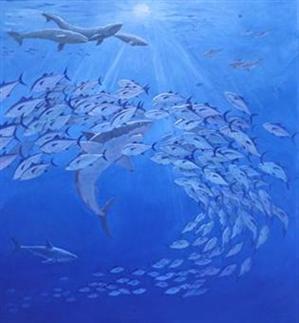 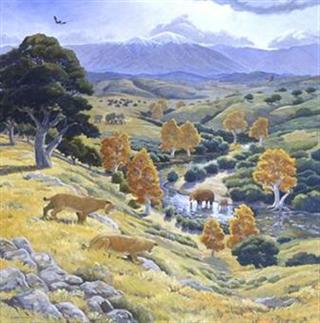 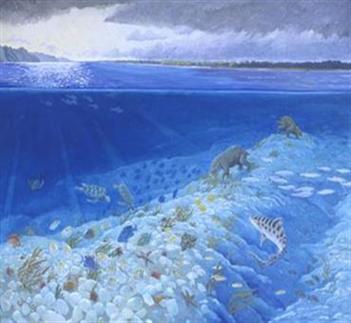 About the Artist-John Iwerks
Muralist John Iwerks studied landscape painting, sculpture, drawing, and printmaking at Santa Barbara Art Institute, Mendocino Art Center, and Santa Barbara City College. He is a founding member of The Oak Group, a group of artists who paint in support of protecting natural landscapes and the environment, and has long been involved in interesting projects that involve natural history. He has worked in Exhibit Design and Mural painting for many organizations. These include:
In addition, he has painted murals for dozens of other community venues and several colleges. His primary focus is on the geologic forces that influence the gesture of landforms, as well as capturing life in motion.